Twenty-six New Englanders were honored by the Kraft family during a virtual ceremony on Oct. 30.

FOXBOROUGH, Mass. — Every year since 1998, the Kraft family and the New England Patriots have been celebrating those who give their time to help others. The program was originally known as the Community Quarterback Awards and were presented to those who exemplify leadership, dedication and a commitment to improving their communities through volunteerism.

In 2011, the awards were renamed in honor of the late Myra Kraft who committed her life to volunteering.  As part of the New England Patriots Foundation’s ongoing Celebrate Volunteerism initiative, the Kraft family traditionally hosts a special ceremony at Gillette Stadium to celebrate the honorees.

On Friday, Oct. 30, the Kraft family and the New England Patriots hosted a virtual ceremony to celebrate 26 volunteers from all across New England. Twenty-five organizations received grants of $10,000 in honor of their outstanding volunteers and one grand prize winner received a surprise $25,000 donation.

“This year has been incredibly challenging for so many families, but it has also been difficult for nonprofits,” said Robert Kraft. “They have been called upon to support more families than ever before, but have been unable to host their traditional fundraising events. Volunteers are the lifeblood of these charitable organizations and they have stepped up in a big way during this unprecedented time. We were honored to be able to meet 26 of these local heroes – albeit virtually – and to be able to shine a spotlight on their volunteer efforts.”

Ninety-seven year old Carleton “Zeke” Finch of Fitchburg, Mass. was recognized as a 2020 Myra Kraft Community MVP Award winner. In honor of his dedication to volunteering, the Kraft family and the New England Patriots Foundation will make a $10,000 donation to Habitat for Humanity of North Central Massachusetts.

Having served in World War II and spent 22 years in the Naval Reserve, Zeke has dedicated his entire life to volunteering. More recently he has spent the past 33 years volunteering at Habitat for Humanity of North Central Massachusetts.

“It’s always been part of my life to do things for other people,” said Zeke. “The administrative work may not be as impactful as building a house but it’s a way to continue supporting the organization.”

“The work is too important to stop,” Zeke continued. “I can’t stop because volunteering for Habitat is in my heart.”

The Kraft family and the New England Patriots Foundation received more than 250 applications this year from nonprofit organizations looking to recognize their outstanding volunteers. Nominations open each spring and the awards are open to all nonprofit organizations in the New England region. For more information on the Myra Kraft Community MVP Awards, please visit www.patriots.com/community.


Below is a complete list of the 2020 Myra Kraft Community MVP Award Winners: 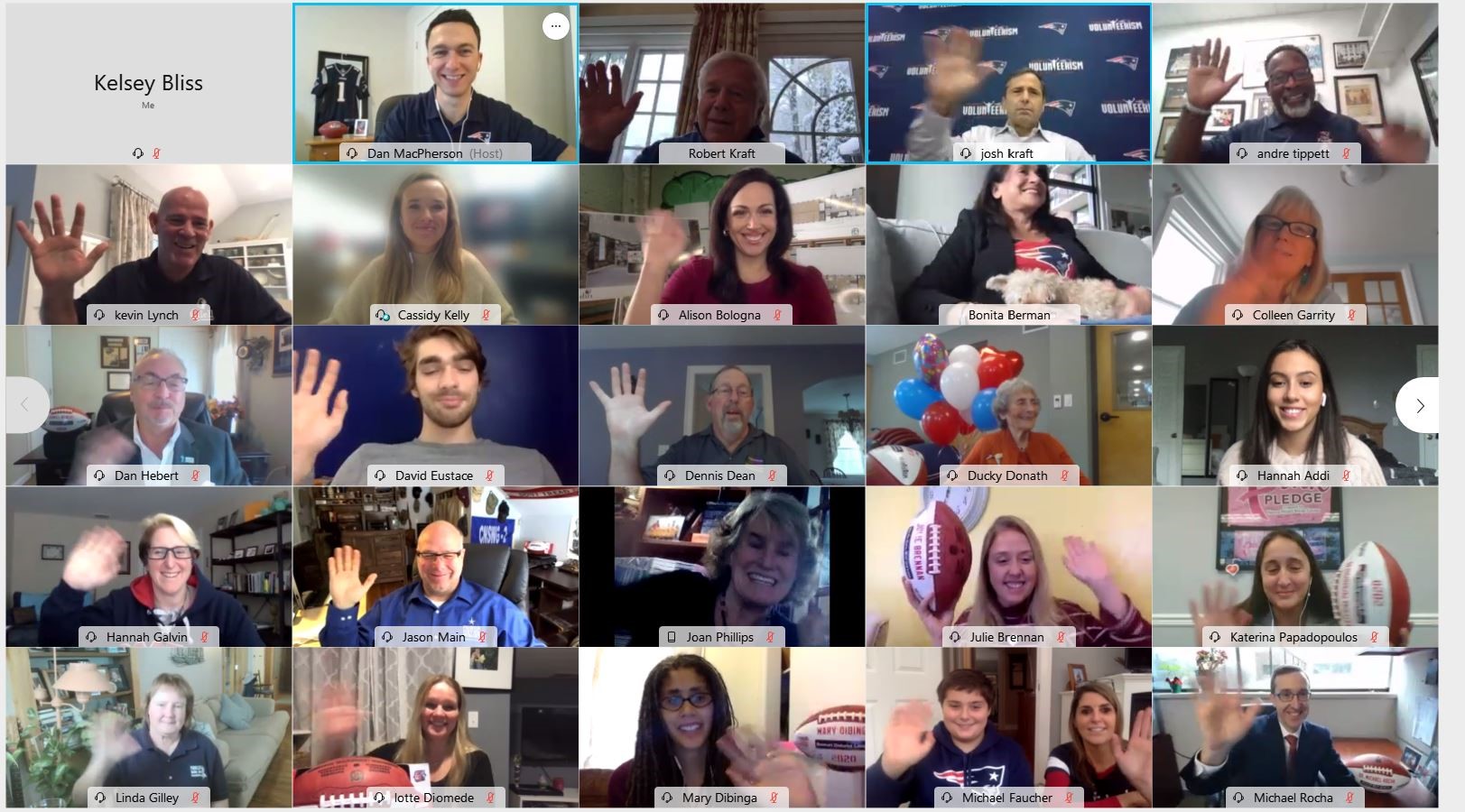 On Friday, Oct. 30, Robert Kraft, Josh Kraft and Andre Tippett participated in a virtual ceremony honoring the 2020 Myra Kraft Community MVP Award winners. Twenty-six volunteers were recognized for their efforts at nonprofit organizations from all across New England.