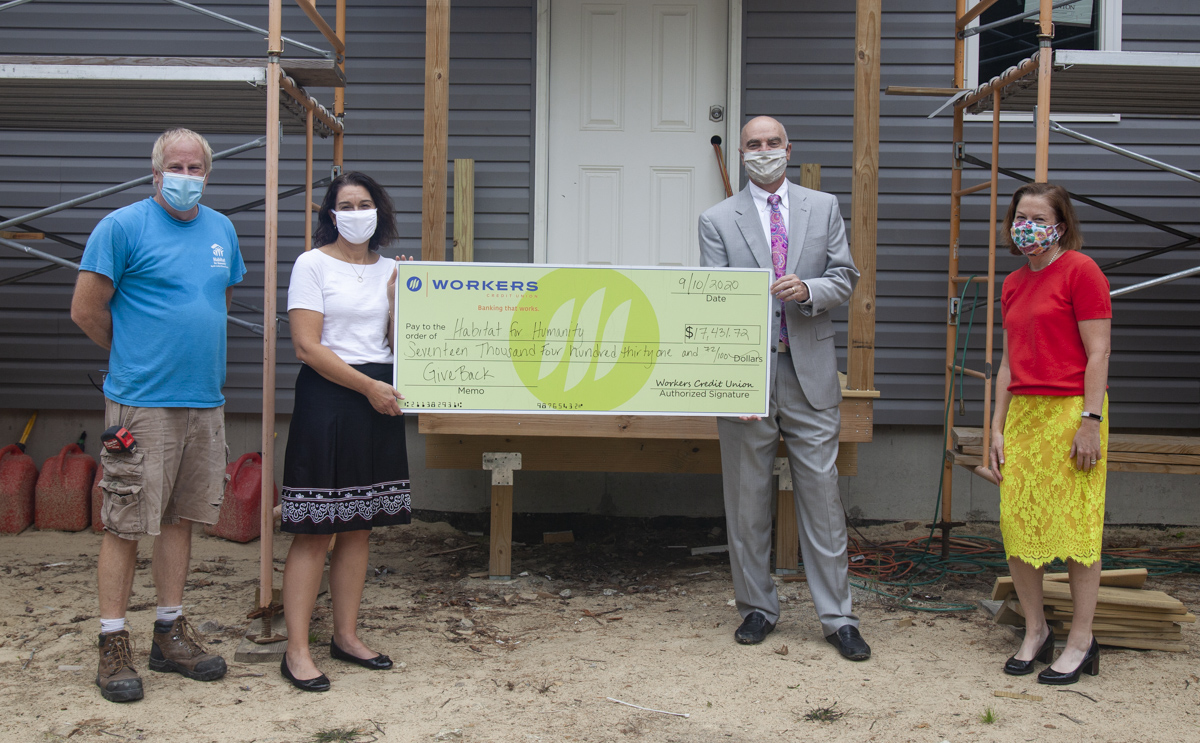 “The Worcester County Food Bank and North Central Massachusetts Habitat for Humanity represent a broad range of services that support Workers Credit Union members from across the community,” said Doug Petersen, president and CEO of Workers Credit Union. “In times like these, the services and programs of these organizations are essential for community members.  We’re inspired by our members’ generosity and look forward to continuing to support the Food Bank and Habitat.”

The two nonprofit organizations were chosen by Workers Credit Union and members were given the opportunity to donate a portion, all, or more than their GiveBack funds to the organization of their choice. In addition to the gifted funds, all unclaimed GiveBack funds were included in the donation as well.

Workers Credit Union, headquartered in Fitchburg, MA, is a member-owned financial institution with full banking services to meet a lifetime of financial needs including the $3 million GiveBack program. With 16 branches in Athol, Chelmsford, Fitchburg, Gardner, Groton, Hudson, Lancaster, Leominster, Lunenburg, Orange, Townsend, Westford and Worcester, Workers is proud to offer traditional banking channels as well as the latest technologies to more than 104,000 members.